We reinvent companies from the ground up.

Brand Development and Sales of Products

Expand the reach of products through highly-focused customer channels.

Become a Publisher Become an Advertiser
See All
Our Brands

See All
AS Seen on Forbes

Our founder, Jas Mathur, built the foundation of LimitlessX on his own personal struggle with health issues. While becoming healthy, he discovered ingredients to help people get their health back and maintain it. His leadership builds empires because consumers trust his authentic guidance.

That is his mission statement. Jas believes this in his soul. He is an outstanding achiev- er who excels at turning Passion into Profit. He believes in achieving each goal and forges a path to reach that goal regardless of opposition. In other words, overcoming obstacles is second nature to him. 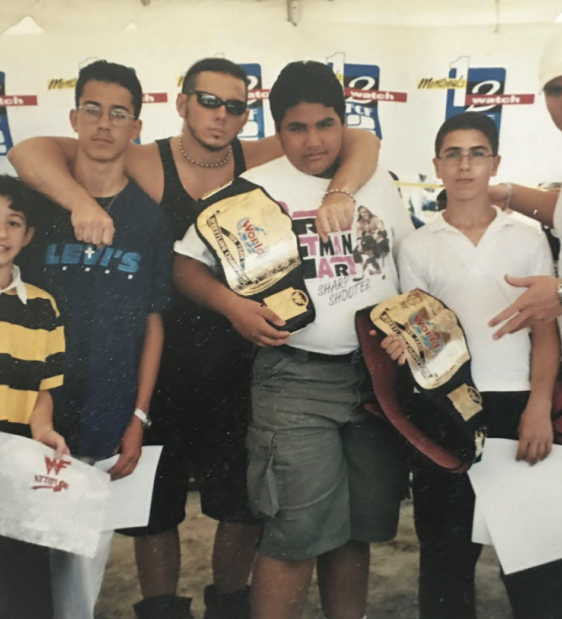 Young Jas was fascinated by the powerful, colorful, professional wrestlers. He became an avid wrestling fan. He watched, listened and learned everything there was to know about the WWE Universe. Jas now had two passions, the WWE and computers. This pair combined to form his first endeavor of turning passion into profit. He taught himself to develop websites. Jas then launched the biggest and most popular sites dedicated to wrestling.

The course of his young life was amazing. At only 11, with a dial-up Internet connection on his first computer, Jas started his first business. Over the next 3 years he built a network of high traffic sites and by the age of 14, was making over $30,000 a month. Jas’ success allowed him to convince his parents to let him drop out of school after the 10th grade. His parents saw the makings of an exceptional entrepreneur, and like so many other self-made success stories, they saw a visionary.

Jas sold his online wrestling platform at the age of 16 to a media company and made his mark in several other industries, such as Downloadable Media, Online Dating, and Satellite TV. Jas was always 10 steps ahead of the game. As technology evolved, Jas led with ideas and execution on the cutting edge every step of the way. 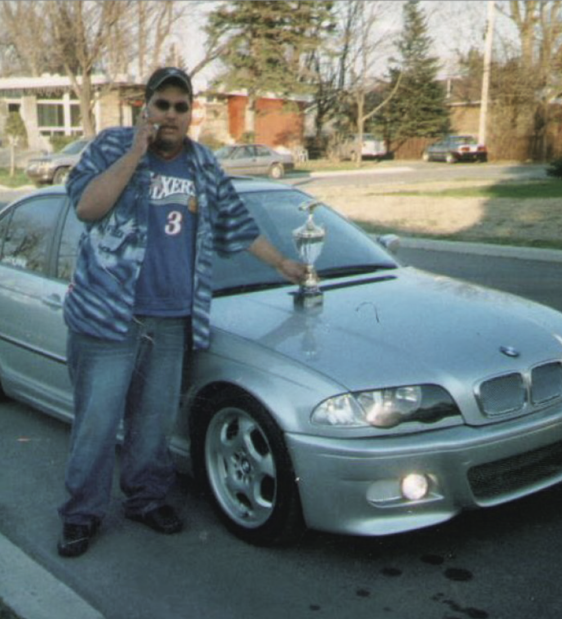 By mid-2004, Jas had mastered every skill set needed to build, launch, and success- fully market an online business. From designing logos, to coding websites in raw HTML and CGI/Per- l/PHP, followed by organically ranking them on the first page of major search engines. He learned the art of driving traffic to generate sales. As a result of his skill and relentless drive, by 21 he had already saved his first million.

In 2006, Jas began channeling his energy into one industry: Consumer Electronics. He expanded his web-based business into brick and mortar stores with retail, wholesale, and distribution. What started with less than 5 SKUs quickly grew to over 2,000, most of which bore his brand names: Incredible Entertainment, DreamStar, and DreamWire. The business grew rapidly and exponentially amounting to an annual turnover that exceeded 30 million in the first two years. The excitement and unwaivering effort it took to make that money took a massive toll on his health. 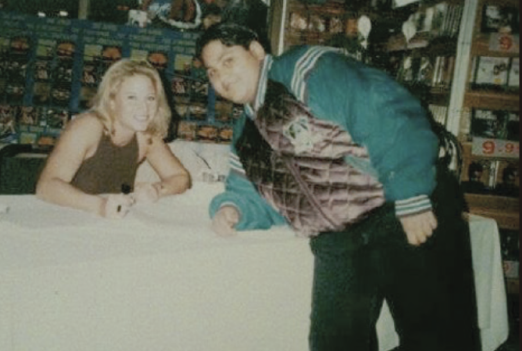 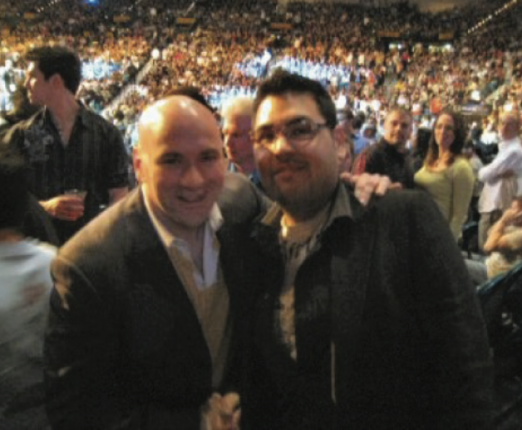 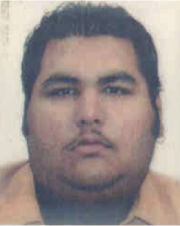 Jas had 12 years of success under his belt before finally deciding to make himself the priority and take his weight seriously. 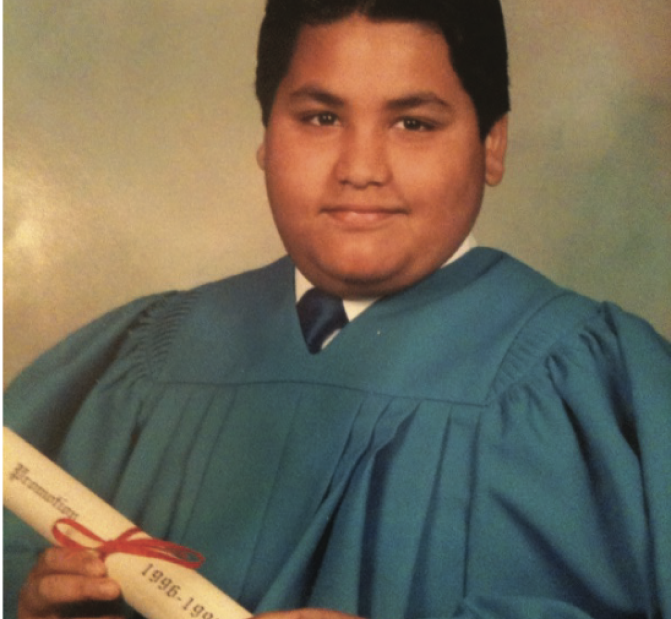 At age 22, Jas weighed over 450Lbs and had a 68” waist. His shirts were 6XL, and he had never been able to wear designer brands. Jas shopped at ‘Mr. Big and Tall’ as no other department store was able to cater to his needs. The very first time Jas stepped on a treadmill, he couldn’t even last 60 seconds. That was 2008. His motiva- tion for losing weight was the desire for a girl and the disappointment of a car. The girl barely acknowledged his presence which hurt him deeply, and the car he so proudly bought, he simply could not fit inside. That was it. Goal, purpose, drive, and perseverance.

Jas made his health a priority and through a persistent process the results began to show. As a result, Jas had two new goals: to share his story with others and enter the nutritional sup- plements industry. He scoured local nutrition stores to find the best and most effective prod- ucts. He began selling them on his already es- tablished eBay store and quickly started selling out. A few months later, Jas decided to build a website called Winny’s Vitamins and Supple- ments that carried all major brands and prod- ucts. The site launched on January 1st, 2011 and ultimately evolved into KORE Fit Living, a chain of franchise-ready ‘Modern Health Boutiques’ which stemmed from Jas’ vision of inviting cus- tomers into a cool, comfortable environment where they could work on their health. 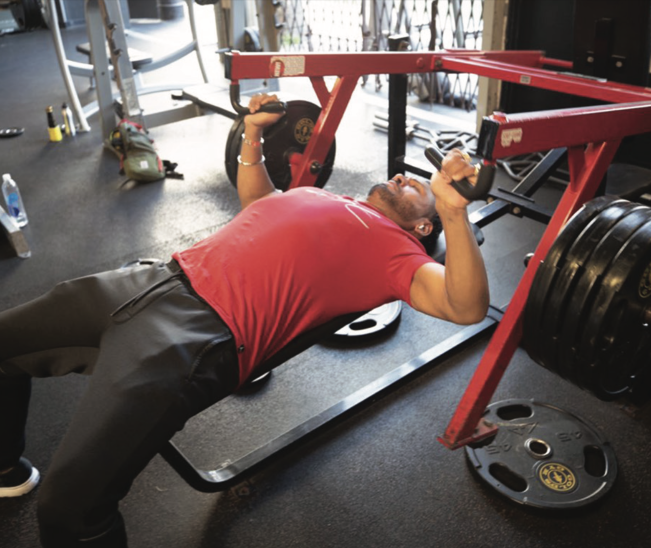 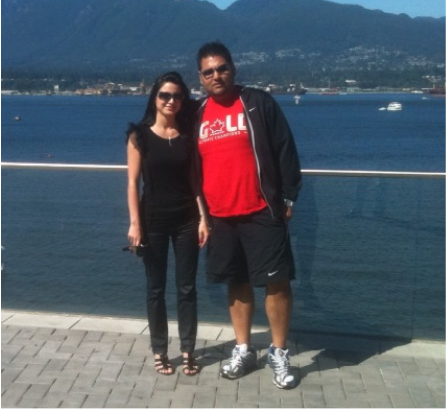 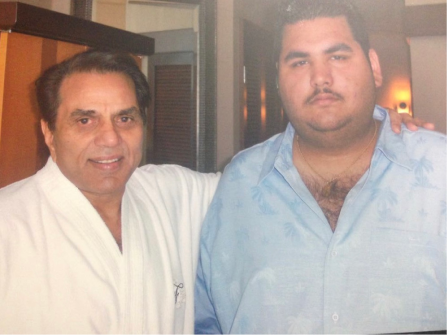 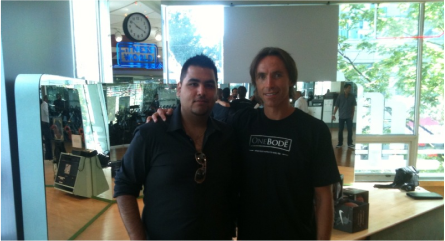 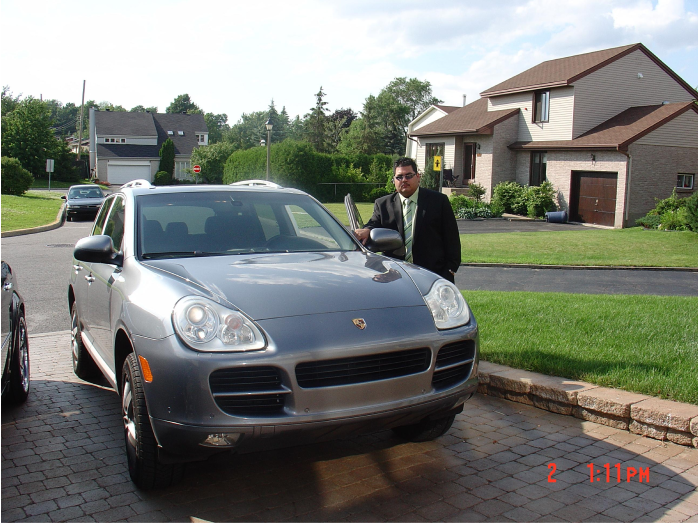 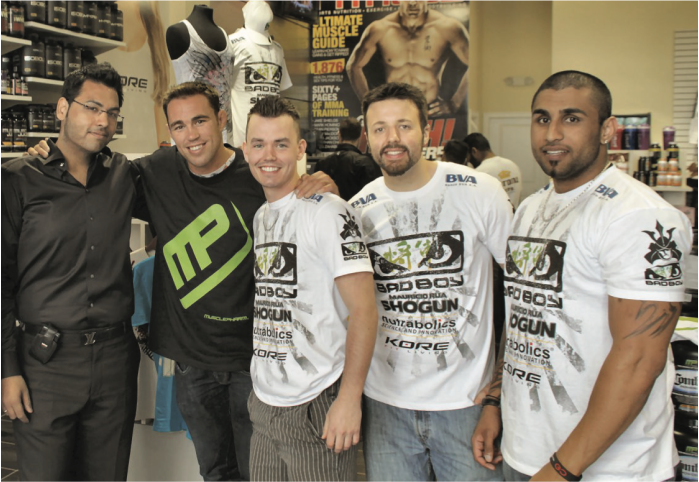 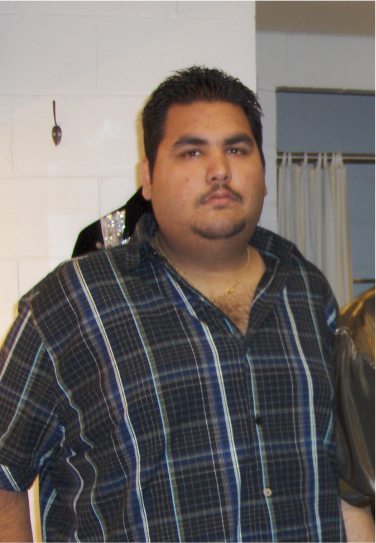 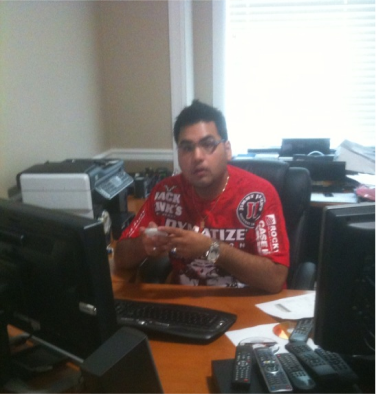 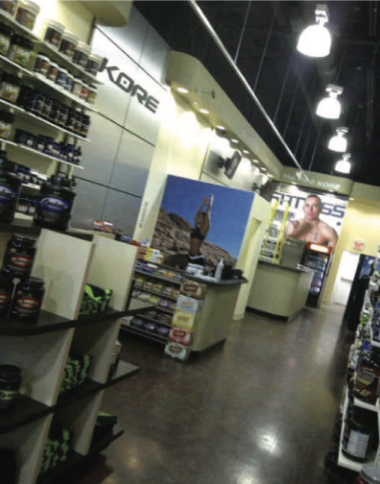 The entire consumer experience inside these boutiques was beyond that of any existing nutritional supplements store. Although KORE Fit Living was a great concept and dream which Jas turned into reality, sadly, like many businesses, it was not profitable. As a result, Jas lost mil- lions of dollars and a lot of high value assets, the most important being his “friends.” You learn who your real friends are when the money is gone and you’ve hit rock bottom.

None of the Ups and Downs stopped Jas from continuing to pursue his dreams. He went back to where it started, the original roots of making money online, but this time by designing logos and websites for recognizable brands

In 2013, he decided to launch a Web Agency (Emblaze One) which has grown into a powerhouse full-service Interactive Agency with global offices and a combined staff of 150+. Jas seized this opportunity as he foreshadowed the explosion of the Internet. He rightly calculated that anybody and everybody would need one digital ser- vice or another, irrespective of their industry. Developing a well-versed web team had become crucial at this stage.

Serving some of the business elite through his agency, Jas quickly forced open the gateway to the celebrity circle. He developed relationships with a wide range of Professional Athletes, Television Personalities and Artists. Jas had a special combination of skill and accomplishment. Still, the most alluring quality about Jas was his Ultimate Body Transformation. 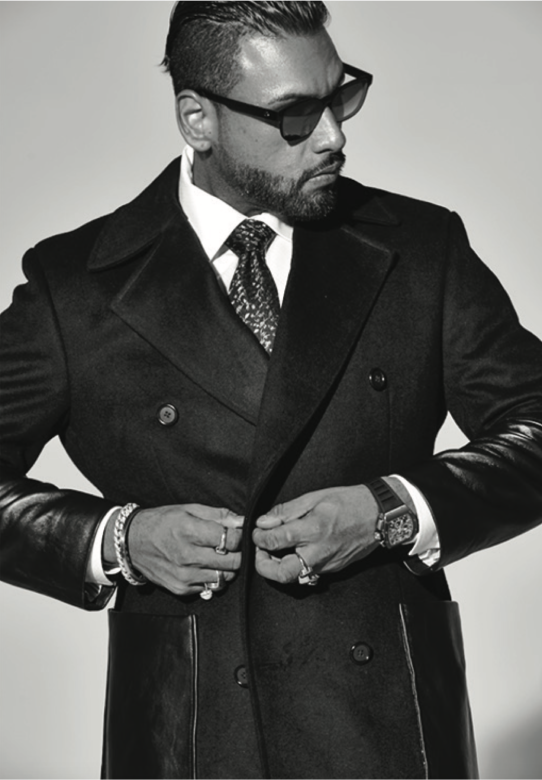 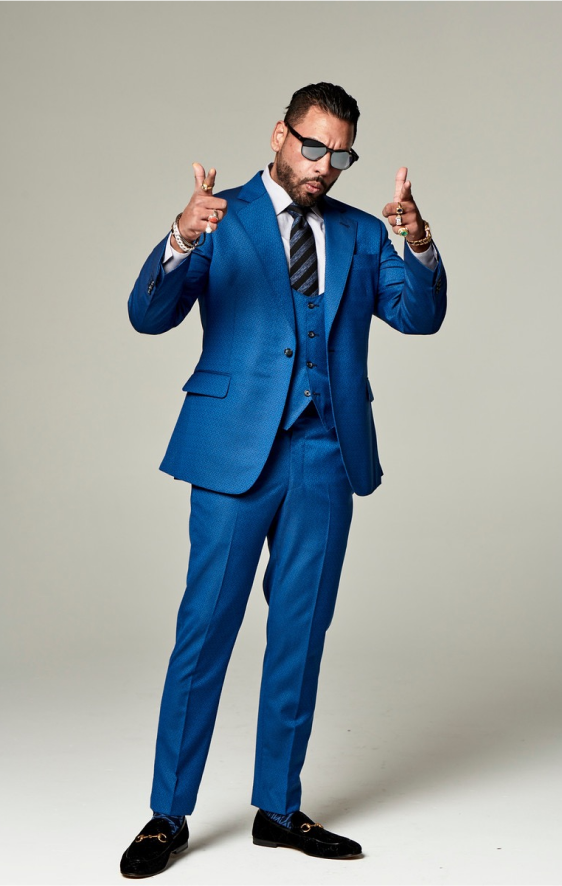 Jas’ journey through the battles of losing over 250lbs ultimately led to his transition into motivating, inspiring and empowering all those around him through his range of life experiences and business successes. His commitment to his physical and mental health are steeped in his desire for everyone to dream, believe and achieve.

In November 2018, Jas finally decided to step forward from the shadows and put himself and his story out front with LIMITLESS; his biggest endeavor yet.

A Creative and Empowering Lifestyle Agency that develops Brands and Products across various arenas including: nutrition, wellness, and weight loss, just to name a few.

Everyone has the power to achieve anything they set their mind to, as long as they look within themselves, love themselves and be in control of the energy they allow around them.

In short, Jas figured out a creative and strategic way to tie his experiences tothe industries he’s in today. He has built a global umbrella brand, with more than 10 verticals with a series of unique product and service-oriented businesses within each. His products thus far include: One Shot Keto, the Divatrim line of women’s products, Amarose beauty and skincare, a full line of hemp products, Bodycor prod- ucts and the ultimate in the iconic Limitless brand-NZT48 Focus pill. With many, many more to come.... Limitless revenues are 8 figures a month and rising exponentially. Always remember, Think Limitless. Live Lim- itless. Be Limitless. 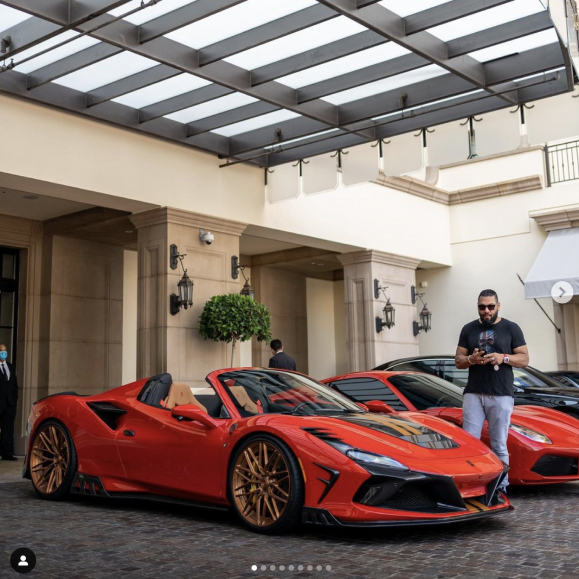 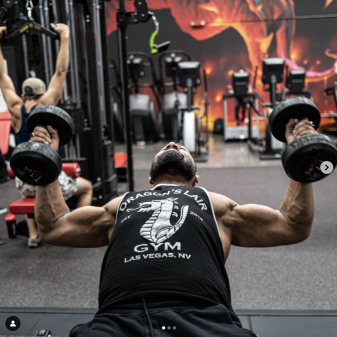 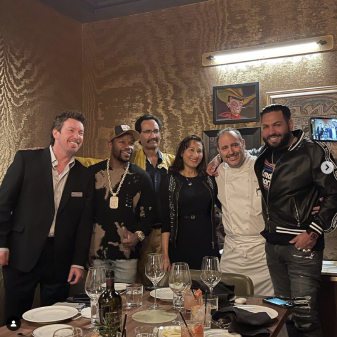 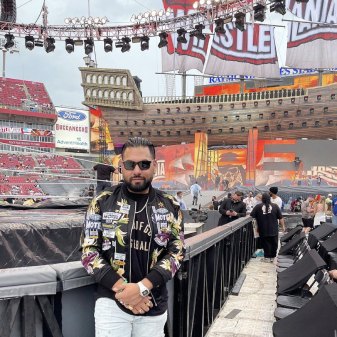 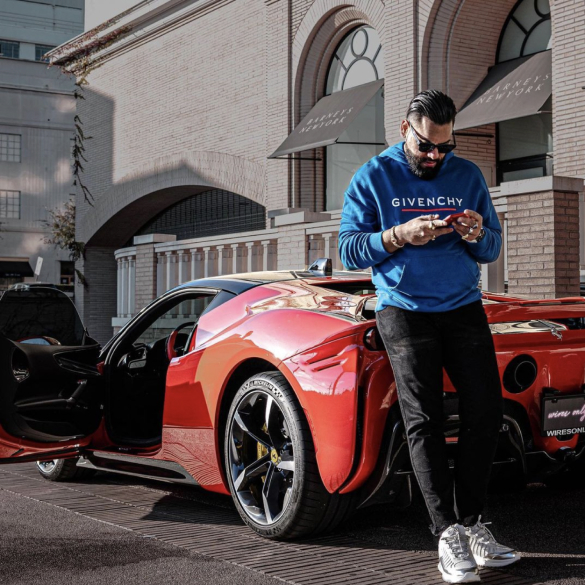 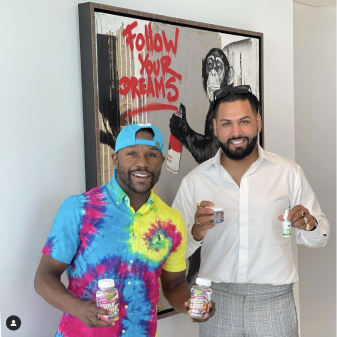 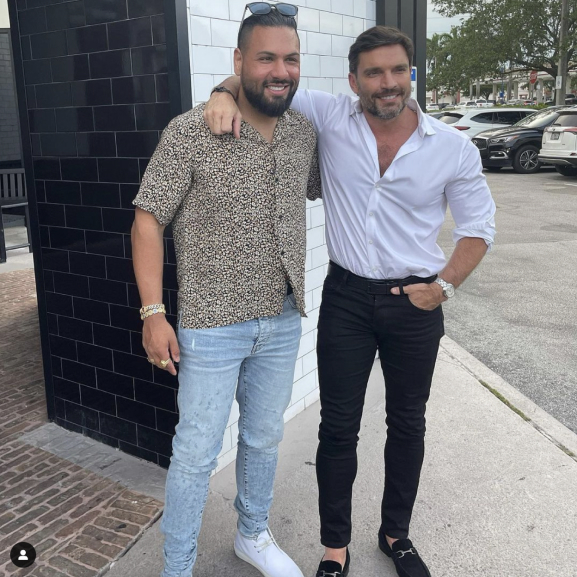